On Friday evening, January 9th, around 9 o'clock in the evening, you would expect that most of the residents of Noto were just sitting down to dinner, a severe earthquake rocked the entire island. The epicenter was around the valley of Noto. Although quite a bit of damage initially, people went back to work as usual the next day and the day after. No aftershocks occurred, and the beautiful, prosperous city was largely in one piece.

Noto was an ancient city that had been through a lot since the first settlements in the Bronze Age. By the 17th century the city was more prosperous than ever and if we can believe the writer Mohammad al-Isrisi, who reported as early as the Norman period (12th century) about its splendour:

" Just one day from Syracuse lies Nûṭus (Noto), one of the strongest and most elevated fortresses, and one of the most beautiful cities; vast in area, rich in gateways, and very important, with its neatly ordered markets and towering palaces. Its rivers carry abundant water and set many mills in motion; its jurisdiction covers a vast circumference; its province is noble; its fields to be sown are fertile beyond all others, and its lands more productive than all others. Like Noto, inhabited since primitive times, it has vestiges of antiquity. It is eight miles from the sea."

A well-organized city government in Noto 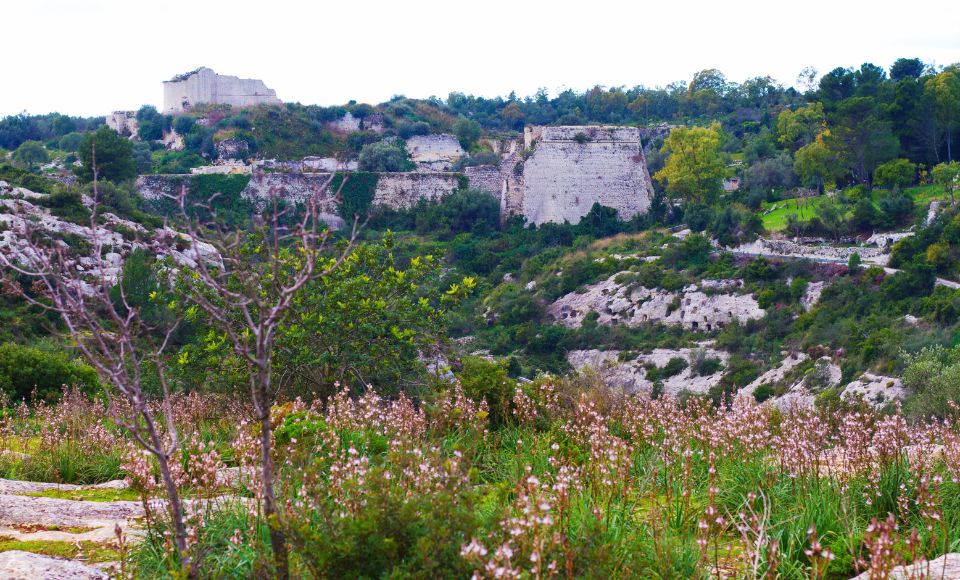 Neat markets and grand palazzo's, both a sign of a well-organized government, and the rest of the story confirms this. Because two days later, on Sunday morning around 9 o'clock, when everyone had just gone off to church, a violent aftershock and another one an hour later hit the area. At 1:30 in the afternoon came the final blow, the last earthquake of January 11, the epicenter was in the sea off Catania, destroyed everything that had remained intact from the first quake and left thousands dead and wounded. In addition, the quake caused a tsunami that reached the coasts as far as the Eolian Islands. An eyewitness recounts the event of the eleventh in Catania: "He saw that at half past one suddenly the whole city was in ruins with the death of more than 160 people and that during the earthquake the sea had been pulled back by two wave currents and by the subsequent undercurrent had swept away all the boats moored in that bay. Rest assured that there is no pen to report such a disaster. " In all, there were nearly 100,000 dead, about half the population.

That there was no humanitarian aid from outside, nor recognition of the seriousness of what had happened (contrary to almost similar events in Lisbon, Reggio and Messina, which received a great deal of support) must be found in the political and social isolation of Sicily in the seventeenth century: only the King of Spain and the Viceroy of Sicily were kept informed of what was happening on the island. It went down in history as one of the 23 worst earthquakes in the world.

As if Renzo Piano were allowed to build a new Genoa 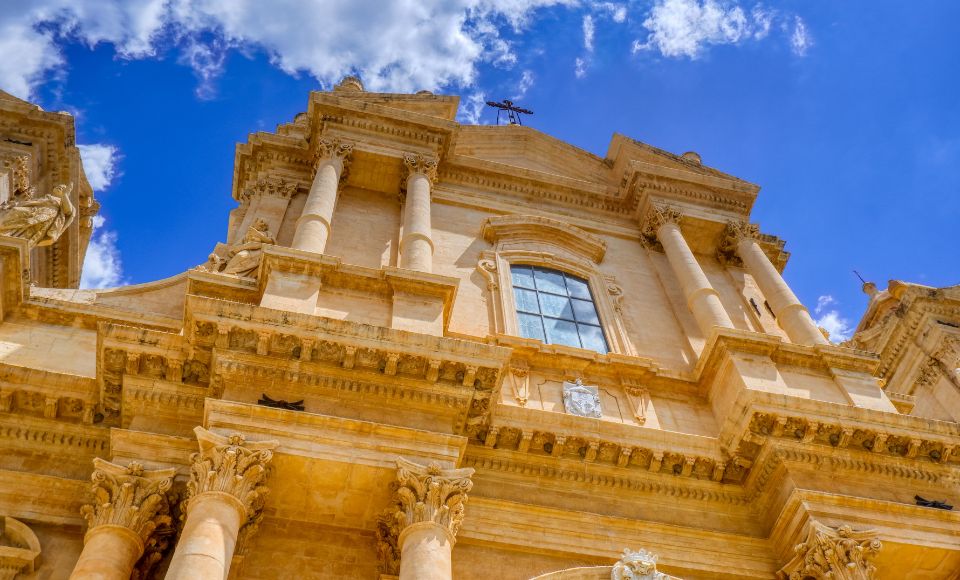 Noto was not discouraged by all this violence of nnature and with immediate effect appointed Giuseppe Lanza, Duke of Camastra, as Vicar General for the reconstruction of the Val di Noto. What a task, if it were not for such a sad reason, one could only dream about it as the project of a lifetime: Build a new city, even more beautiful than we already had! Lanza called on experts from all over, even the Dutch military engineer Carlos de Grunenbergh and countless others to design the new city plan of Noto. It was decided to build the new city 9 km further on the hill of Meti. In addition, numerous architects came to design the new buildings and master builders and stonemasons to carry it out. 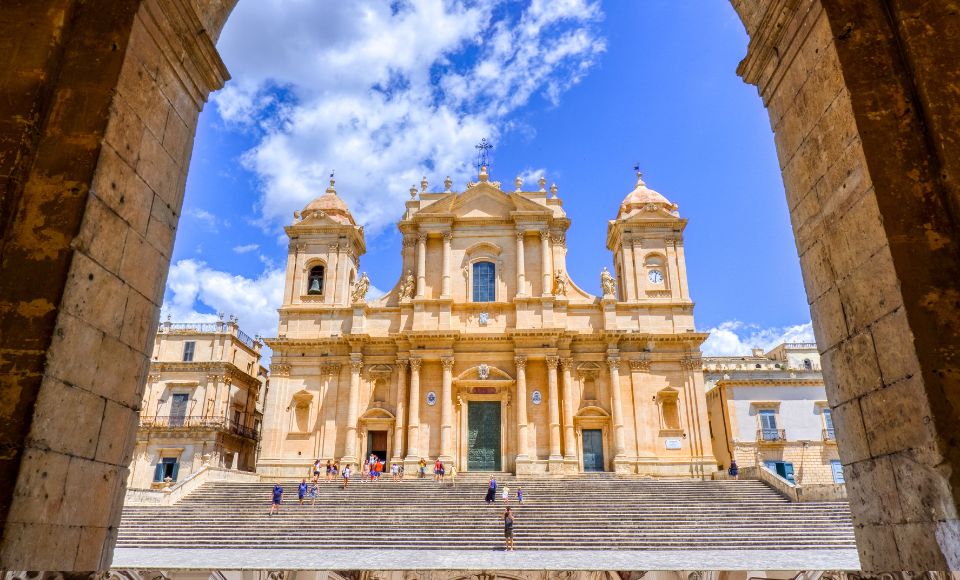 "Noto is one of the most brilliantly built cities in Europe: this remote town comes to mind on a par with Würzburg or Nymphenburg, as one of the finest achievements of the era that produced Mozart and Tiepolo" wrote Douglas Sladen. 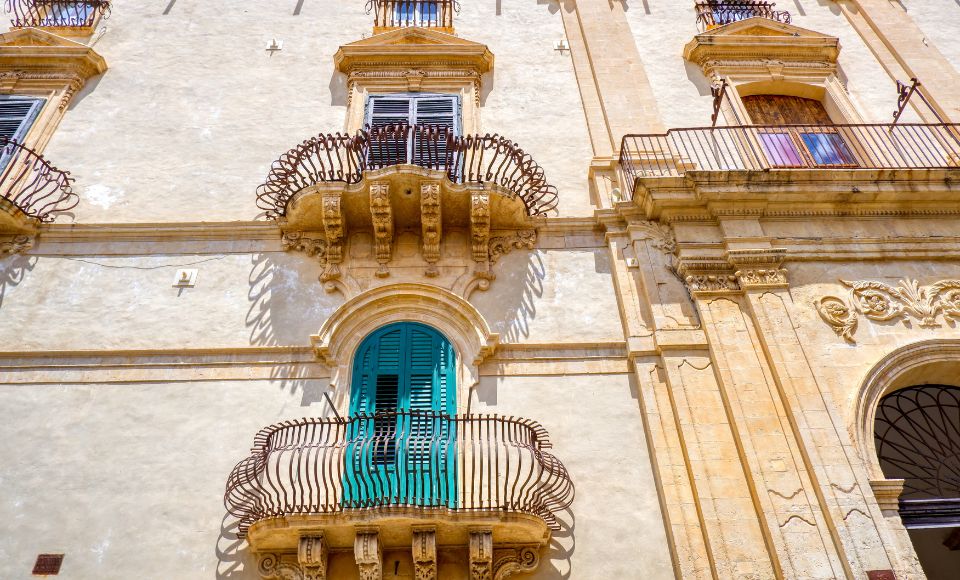 The plan was to create a rectilinear, perfectly proportioned urban center whose main roads would provide magnificent panoramas at various points. The city was to be divided into three parts by three main roads that ran from east to west to preserve as much of the sunlight as possible. The three parts of the city housed successively the nobility, the clergy, and below a section for the common people. Compact limestone, a substance that seems to absorb the sun's rays and turn them into a soft golden-honey glow, was used as the main building material. You can see this best at sunset. 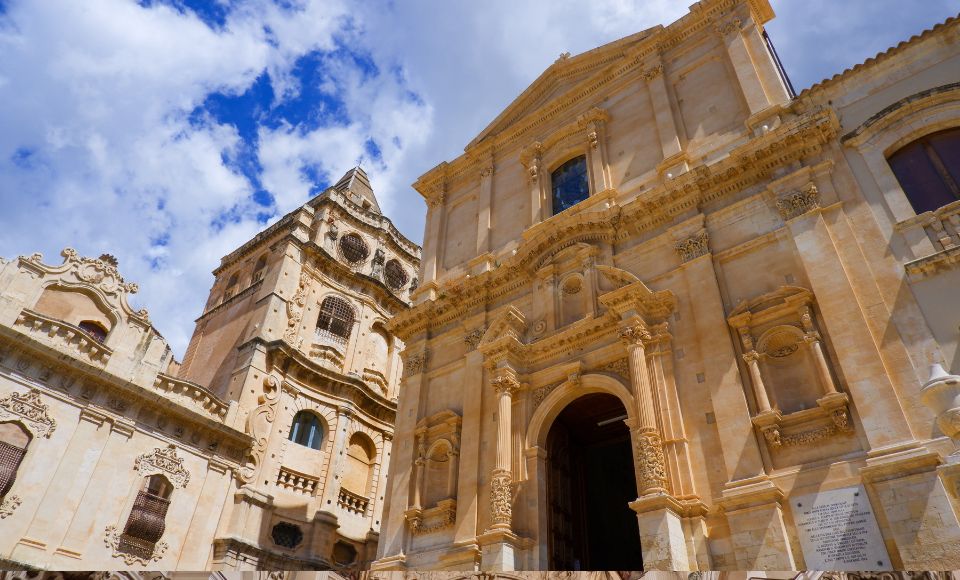 The main thoroughfare is the Corso Vittorio Emanuele, along which stand many of Noto's most important buildings and three piazzas, each with its church. The city parks are also located along this road. Other buildings worth seeing are the Monastero del Santissimo Salvatore with its ornate tower, the Palazzo Ducrezio, the cathedral, the church of San Francesco, the Jesuit church and the Palazzo Nicolaci di Villadorata. 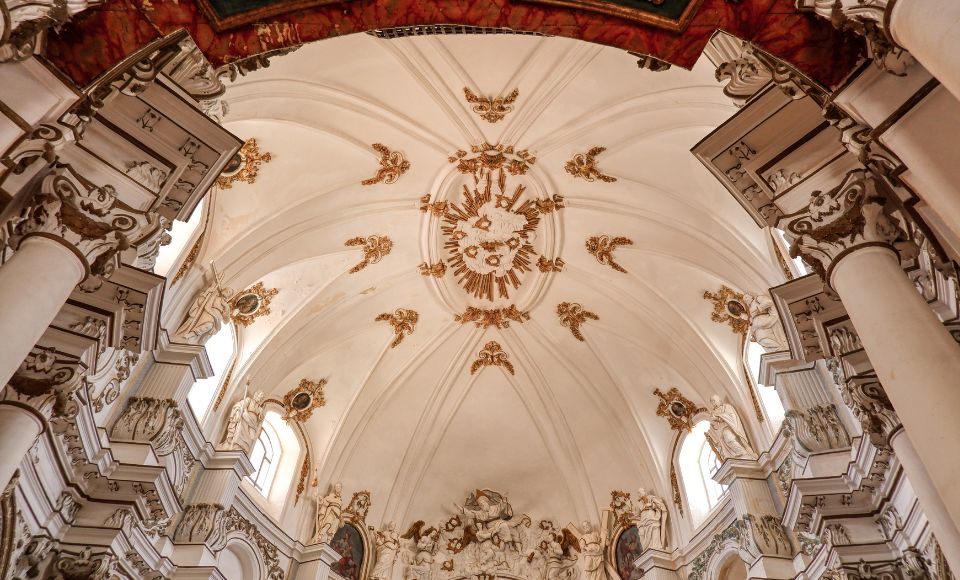 The whole city was built in the prevailing style of the 18th century being baroque, but still there is a lot of difference, each architect gave his interpretation of it and remember that the reconstruction took at least 100 years, so tastes changed as well. Yet you will find an abundance of grotesque masks, cherubs, and scrolls crowding each other with other decorations. Wrought-iron balconies all in abundance. At the end of Corso Victore Emanuele is Piazza XVI Maggio, with the beautiful San Domenico Church and the fountain of Hercules. Other noble palaces worth a visit are Palazzo Astuto and Palazzo Trigona Cannicarao. 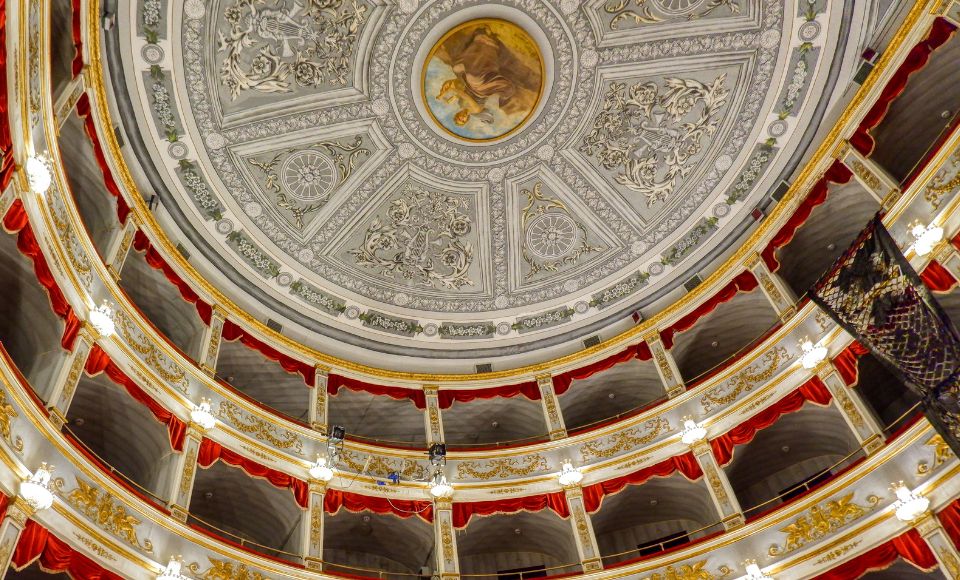 Noto, Ragusa, Modica and Scicli, cities rebuilt after the earthquake, are on the UNESCO World Heritage List. Even if you are not a fan of baroque, it is worth a visit, if only to see what the resilience of man in the face of the overwhelming power of nature can accomplish. 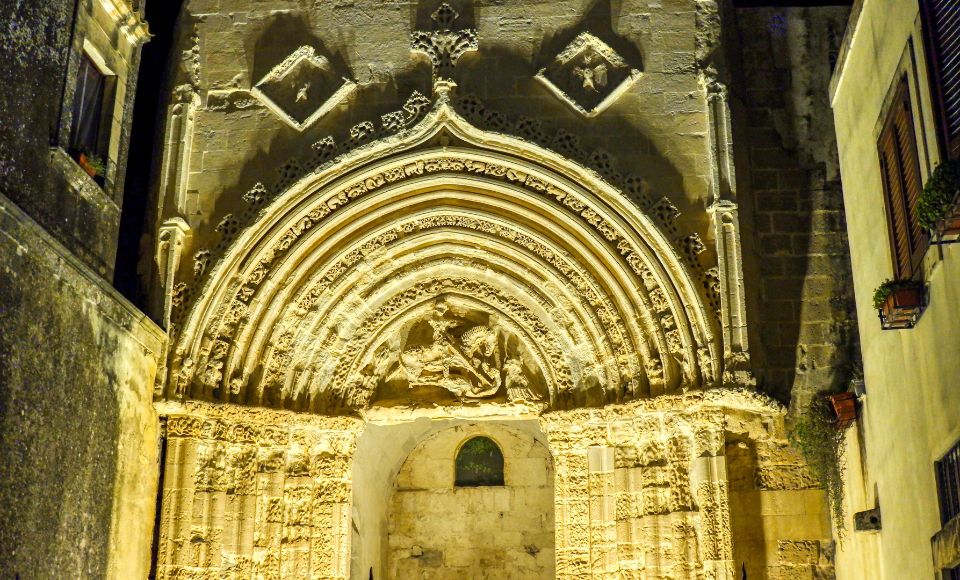 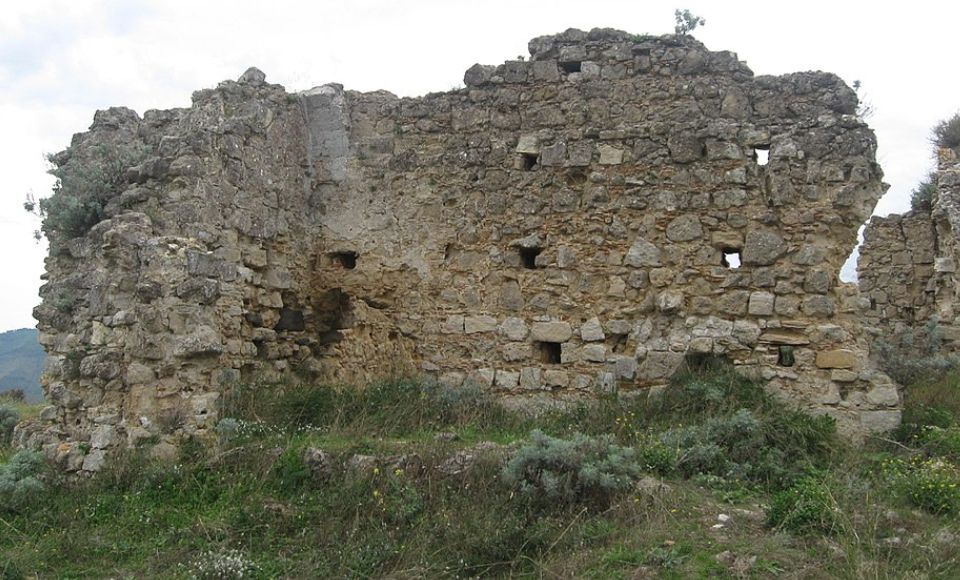 The old city was abandoned and nature took possession of the buildings and what remained of them. In recent years people start to refer to Nota Antica as a Pompeii of the 17th century, and there are plans to excavate it. However, these plans seem to have been abandoned for the time being. A curious tourist can certainly visit the site and may discover something of interest. There is a trail you can follow, but you would need to as locally as it is not marked anywhere. 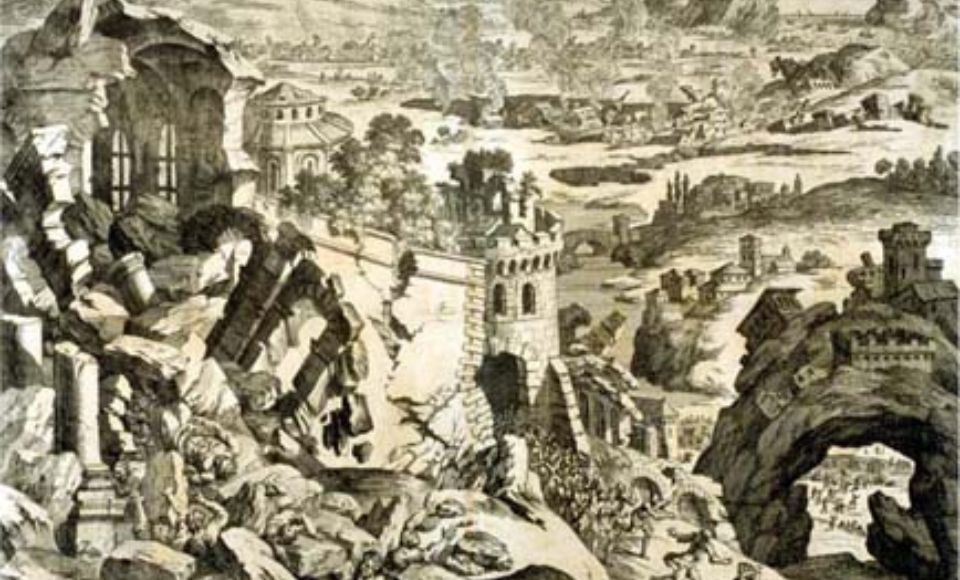 Places to stay in Noto 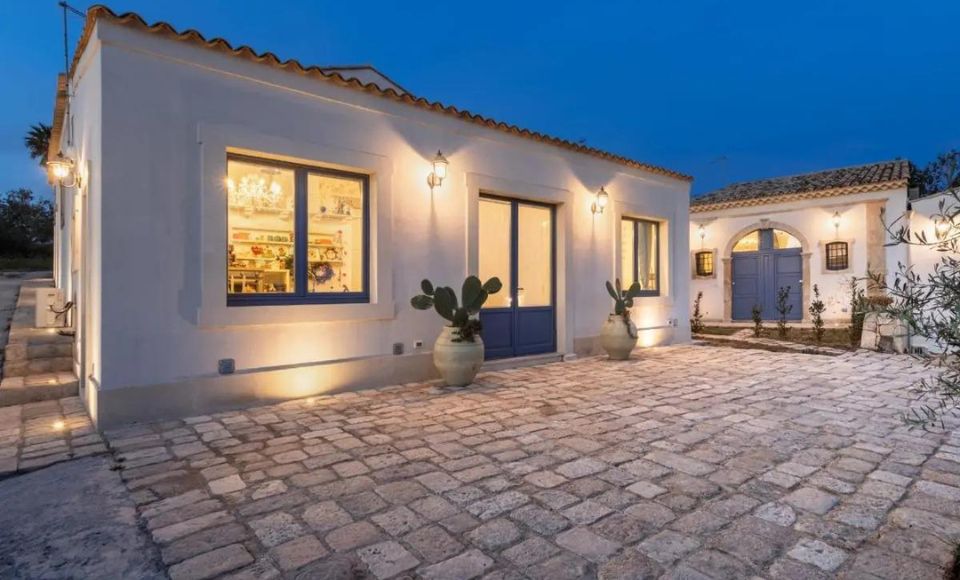 Recently renovated complex of a few rooms around a garden 1 km from the center of Noto. We have not been there ourselves, but the reviews from guests are raving. Tastefully decorated and a nice breakfast room with fresh colors and an excellent breakfast. Definitely recommended. A total of 6 rooms, each for 2 or 4 people with air conditioning. 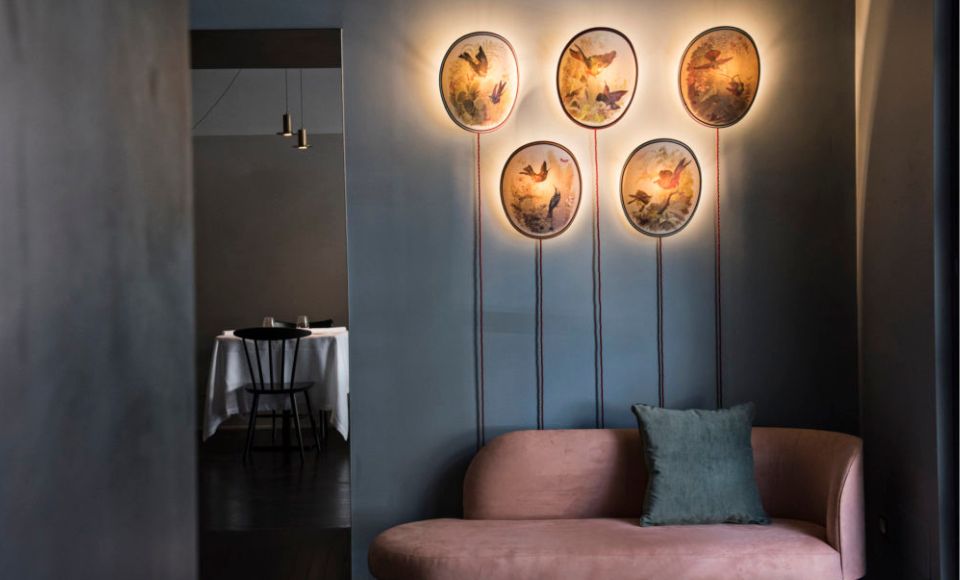 Degustation menus of Sicilian dishes with a twist, plus wine pairings, in a beautiful, understated space. A Michelin-starred restaurant in Noto where you can taste the love of high-quality local produce and Sicilian tradition. Degustation menu 4 courses from 65 Euro.

Photo by Antonio Sessa on Unsplash