You don't have to travel to North Africa to get your fill of couscous - in southern Italy, especially Sicily, it is quite a common dish, largely due to the Arabic influence on the island since ancient times. In fact, Sicily even plays host to an annual international couscous festival, where chefs compete to concoct the best couscous dish around. So while it may have originated as a humble wheat dish in the Maghreb, leave it to the Italians to go one better.

The diet of the Roman working class consisted mainly of an array of coarsely ground grains. And although today we like to describe Sicilian cuisine as a mixture of cultures, the influence of Arabic cuisine was only very slight in this regard. Ingredients that we nowadays perceive as typically North African were also used by the Phoenicians, who stayed in Sicily much longer than the Arabs and therefore probably had more influence. Citrus fruits although brought to Sicily by the Arabs were used only for perfumes and ornamental fruits and only after the discovery of its effect on scurvy. did it became popular. Although broad beans, lentils and chickpeas were already eaten by the Romans, many of the vegetables we now find in Sicily originated on the American continent. Spices came mainly from India and were only used by the wealthy classes. 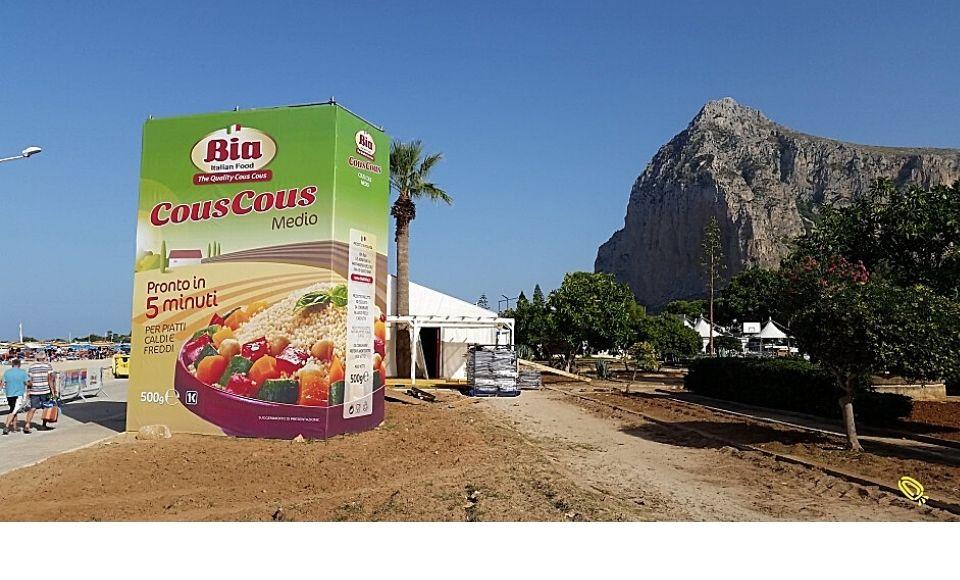 Arabs ruled Sicily from 827 to 1091. Their influence is only part of Sicily's complex culture, as Greeks, Romans, Normans, Spaniards, French, mainland Italians and, more recently, Germans and Americans during World War II contributed. An American researcher named Wright studied the influence of Arabic cuisine and said, "What criteria are used to determine whether a dish is Arabic-Sicilian? Often the question was simply not understood. When it was understood, the criteria included folklorisms: folk tales, legends and traditions, not the hard evidence a historian looks for."

He compares Arab elements in the food of Sicily to the Arab architectural remains in Norman palaces and cathedrals on the island. He then goes on to mention the traces woven into a dish like arancini. Rice and saffron were introduced by the Arabs, but the ragout of the filling is distinctly French. As an example, he lists orange juice, raisins and pine nuts in a swordfish filling. Each ingredient was known before, but the combination is Arabic. The Sicilian preference for sweet and sour combinations also seems to come from the Arabs. 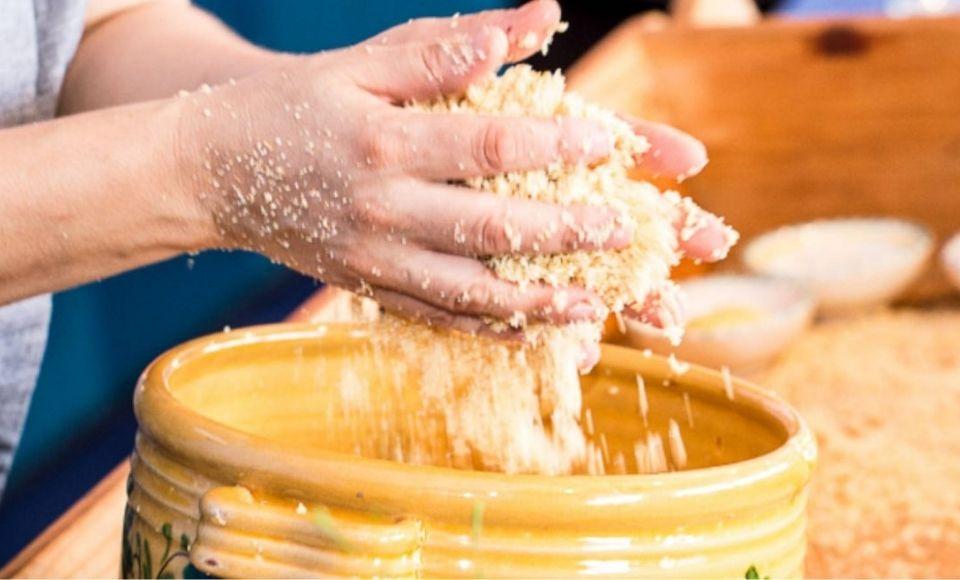 Couscous or cuscusu as it is called in Sicily, is the dish with the clearest Arab ancestry. North Africa is very close to Sicily, yet Sicilian couscous is totally different from the North African dish. In Sicily, the ground durum grain is steamed over a fish broth called ´ghiotta´ which contains a combination of various Mediterranean fish. This grain was brought from East Africa by the Arabs in the 8th century. Durum wheat is used for dry pasta and, in the past, among other things, for sailors rusks which could not spoil during the long sea voyages.

Don't be overwhelmed by the number of ingredients you need for this couscous, if you use a little more or less of some it will hardly affect the result.

Ingredients:
Recipe steps: This recipe is originally from Giuliano Bugialli. 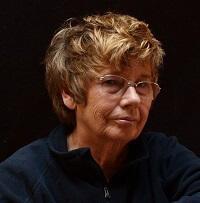 With a career as a tour operator and specialist of Italy behind her, she has been involved from the beginning in the web portal Dolcevia.com, she writes about known and unknown destinations in all regions of Italy and as a lover of Italian cuisine she also manages the recipe book and writes with passion about the origin of regional dishes and ingredients. After 5 years in Rome, she recently moved to Genoa in Liguria where she now delves into the secrets that this region still holds. Nelleke was born and grew up in the Netherlands. Visit my website
Published: 14 March 2021