Tropea recently garnered the well-deserved award as the most Beautiful Borgo (Hamlet) in Italy by the Borgo piu’ bello dell’Italia committee, winning first place out of 260 equally charming towns across the peninsula.  As someone who has been frequenting this tidy seaside town in Italy’s southern province of Calabria, I can attest that it definitely wins a whole lot of hearts. Often called the Pearl of the Tyrrhenian, with its stunning promontory and well-perched stark white church juxtaposed with the crystal clear sea below, it’s a photographer’s paradise. 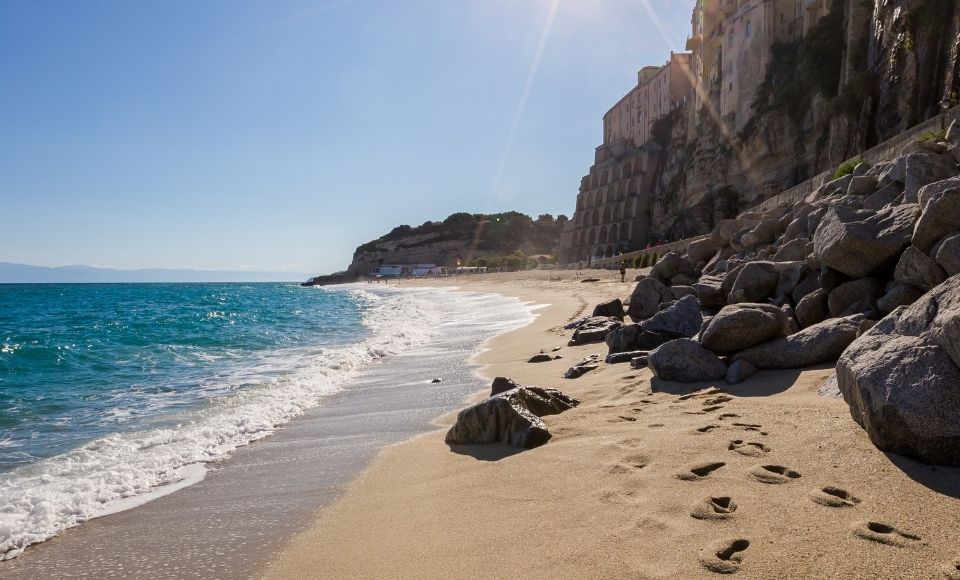 Find things to do in Tropea with Get your Guide!

I started vacationing in Tropea in the early 1990s, when it was mostly known to Calabrians from around the province and Germans...English was barely spoken, and hotels and locales stayed closed until around June 1st, lest they work for nothing. While frustrating, especially when you had major holidays falling between Easter, April 25 and May 1 right in a row, it did mean you had the whole beach – hot lifeguard and all – to yourself. Upon arrival at the train station a short walk from the town center, we came across the first of a many Antonio’s (who, one would not be mistaken for believing was the town’s patron saint because everyone we would meet was ultimately named, ‘Antonio’ –– He’s not: the patron saint is actually the Romanian Madonna). After asking for directions to our hotel, he did what any hospitable southern Italian would do: He shut down his Gelato Shoppe and took us in his own decrepit car right down to the beachfront residence. 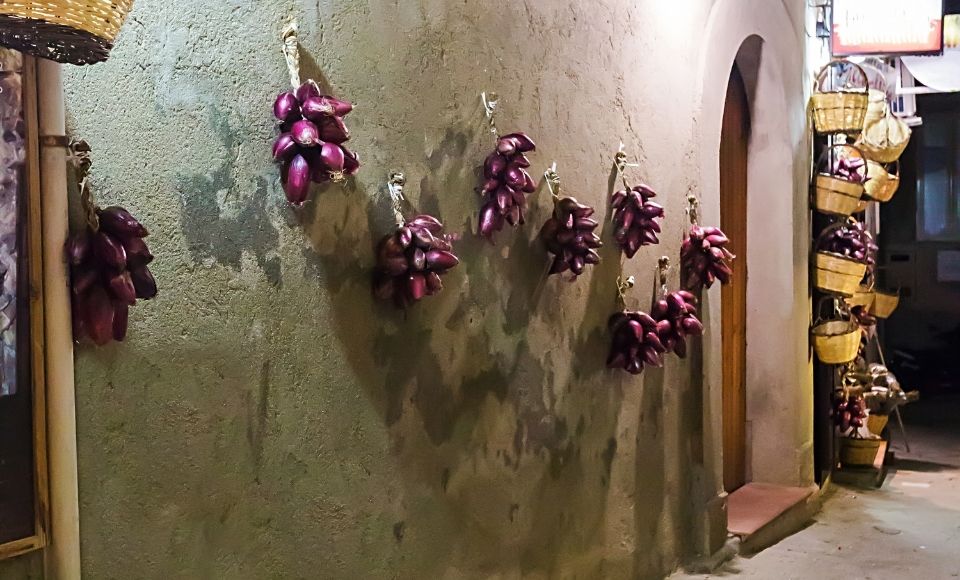 With its XII century Norman Cathedral or Duomo (restyled from its humble IV c. origins), its many other church grounds are also quite picturesque - Santa Maria della Neve (Saint Mary of the Snows - don’t ask me why) and of course, Santa Maria dell’Isola, the symbol of Tropea, crowning the outcrop above the water below. Tropea and the surrounding towns such as the ancient town of Vibo Valentia, with its walled city and archeological finds, are nestled along the appropriately named, Costa degli Dei (Coast of the Gods). Forget the traffic around the Amalfi Coast, here, you can tour around from town to town to your heart’s delight. Nearby Pizzo is famous for its special Tartufo - a soft gelato not to be confused with truffles by the same name. Pizzo is even called the City of Gelato, and gets a stop whenever I’m in the area. 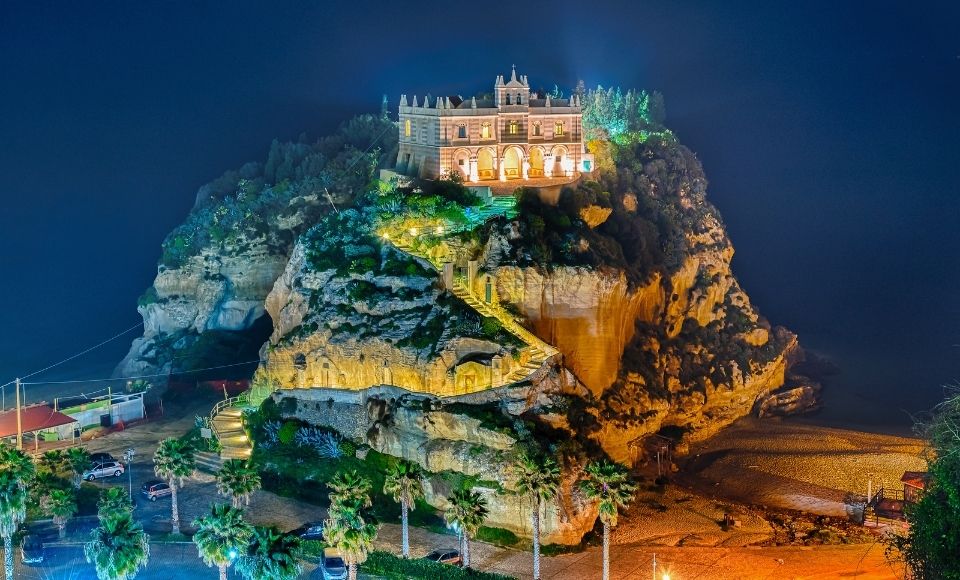 Although much has changed since the ‘90s, with English and even Chinese even on menus these days, it has brought about more plentiful bistros and locales open all day long. While I generally prefer to stay up in the hills, or beach side, away from the hustle bustle, walking the tiny streets always brings me joy. You’ll come across many of the noble palaces (palazzi) that came about in the 1700s and 1800s. Around the area, there are wonderful resorts to relax in, including Capo Vaticano offering all the amenities such as the relaxing Sofitel MGallery Resort offering serious R&R with Thallasotherapy treatments and horseback excursions.

And while Tropea is said to have been founded by Hercules... as the legend goes, after he freed Calabria from the hold of the giants, it’s more famous today for its sweet red onions which you’ll find hanging in every deli store around or being sold off carts on streets along the way. You’ll also come across peddlars of luscious jars and jars filled with N’duja or ’nduja (just don’t try and pronounce it). It’s a hot and spicy pork compote or spreadable salami that you smear on bread before washing it down with a glass of wine or beer. Served on pasta, on its own, as a meat sauce, you name it – but Caveat Emptor – it really packs a punch! 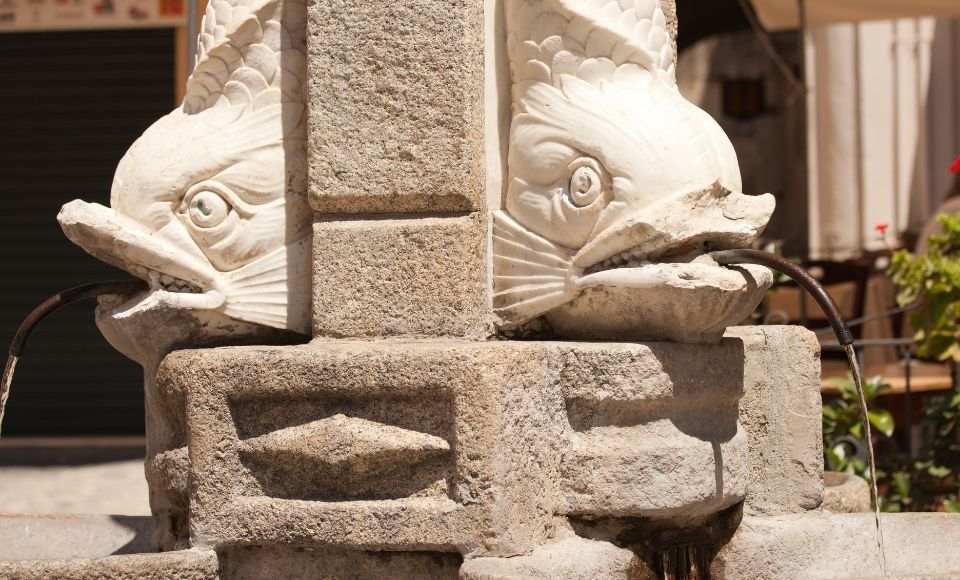 Special town festivals include: I Tre Curci (May 3) when locals re-enact the founding of the town • August 15th (when all of Italy celebrates the Ascension of the Madonna), Tropeans celebrate the Madonna dell’Isola (Madonna of the Island).

As for my dear Antonio, the friendly gelato maker, well, he even had concocted his very own version of onion-flavored gelato. He had offered us a scoop before scooping us up into his car. Being game (and immensely grateful) to him, of course we had to try it. Alas, it was the one thing about our trip we will never forget - and not in a good way.

Find things to do in Tropea with Get your Guide!