Toffia, a tiny gem in the Sabine Hills

There’s a little-known area outside of Rome, virtually unscathed by mass tourism. Here, you’ll find towns still with mainly Italian residents and some excellent, authentic eateries and few Instagrammers posing for shots. But that doesn’t mean it doesn’t offer up stunning scenery, between the scattered old farmhouses and new constructions dotting the hillsides. 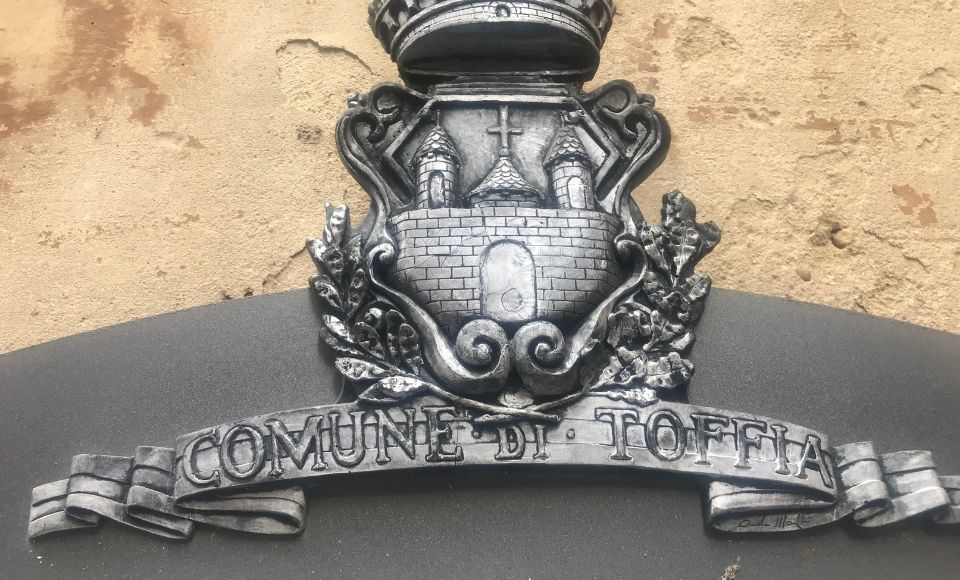 The Sabine hills are steeped in history. It is the infamous area that dared resist the advance of the Romans, resulting in what is known as the ‘Rape of the Sabine Women’ where young children were murdered and their mothers carried off to certain slavery, depicted in glorious artworks for all eternity. It is also the area that gave Rome one of its most benevolent and advanced kingships, with the enlightened help of the second King of Rome’s royal consort, the river nymph, Ergeria. Together, they ushered in an age of enlightenment, even though today, she is mostly remembered from the bottled water bearing her name. 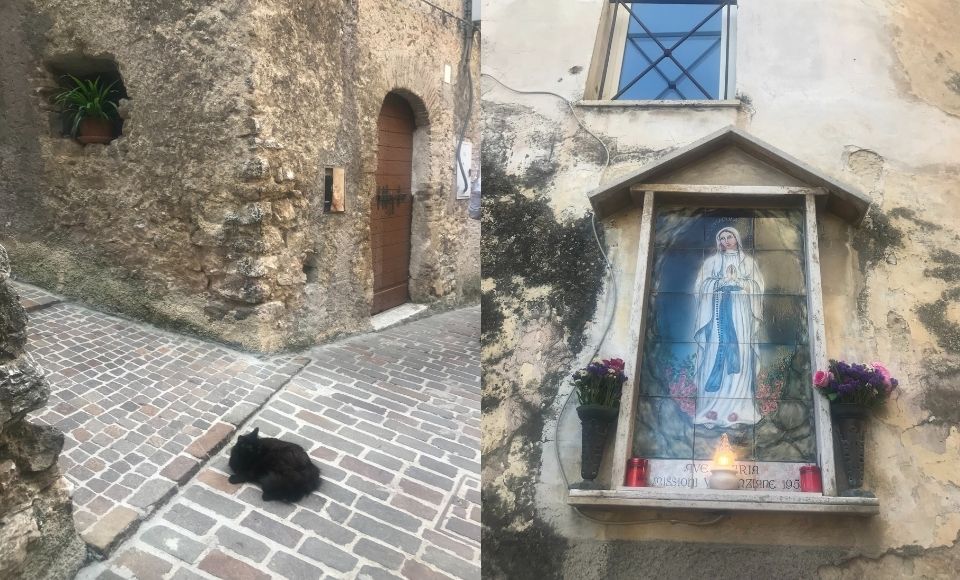 The area stretches from Rome to Rieti along the via Salaria,* a region littered with papal castles and once-lavish cardinals’ villas perched atop the magnificent hills. Ancient emperors would come for the sulfur baths which are now run dry. But that doesn’t mean that the countryside isn’t a wholly verdant green. The area is pretty much what Tuscany or Umbria would have looked like if it hadn’t been given over to farming and vineyards on a large scale. And through it all, hiking trails wind around, leading to one town or another, or to the Abbey at Farfa, known as the oldest library in Europe, and a popular stop along the famed Via Francigena trail for weary pilgrims making their way to Orvieto, Assisi and Rome. 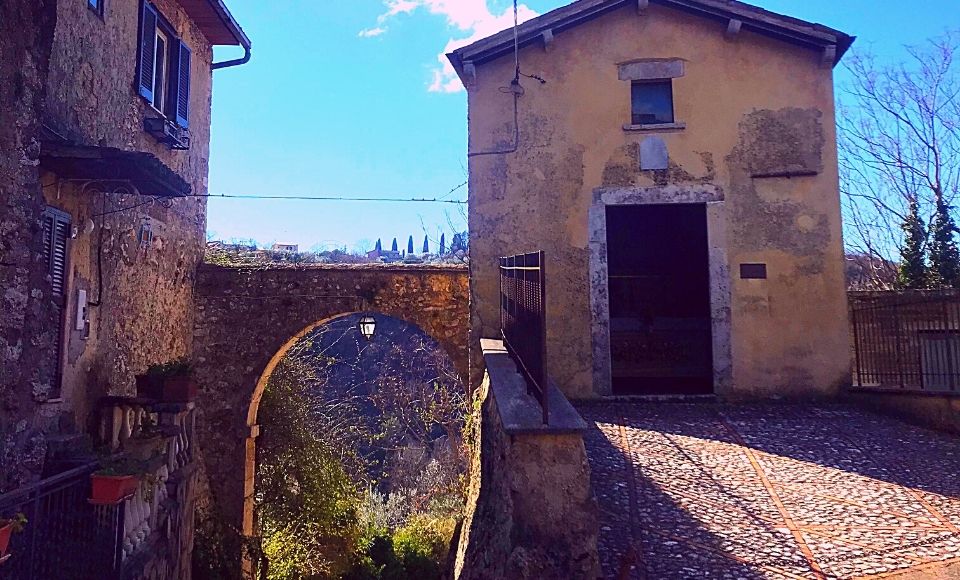 The towns along the Salaria are largely built up with cement housing. But one town, in particular, just oozes with old Italian charm, more typical of the stone hilltowns of Umbria. Toffia is an artist colony and summers are filled with Jazz Fests, open door galleries and other cultural events. Largely residential, locals decorate their doorways down its tidy pathways.

And while you may not find a trattoria or bistro right in town, the locals seem to want to keep it that way. But there are terrific eateries in trattorias dotting the hillsides, or even on main thoroughfares [Note to self: Pen an article about fabulous strip mall joints around Italy – looks can be deceiving!] The town entrance at Porta Maggiore has a lively bar offering terrific views over the valley, and even better people watching. Parking is nearby, with car parks out of the way of the Centro Storico – Old Town. 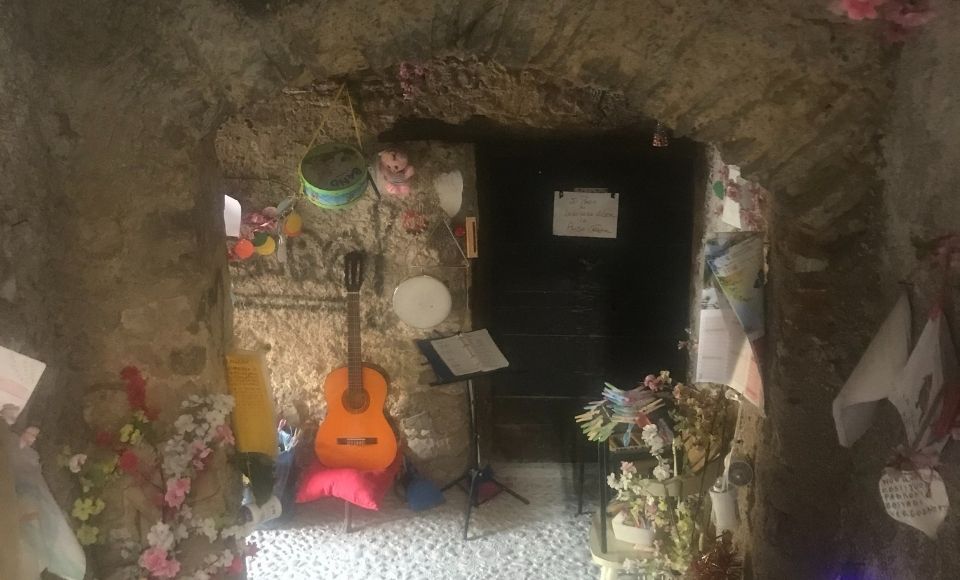 I like to think of Toffia as Toffee – eye candy for the wandering soul. And am happy to report that I should soon become a Toffiese, so stay tuned for more exciting updates about the goings-on in this wonderful Latium town!

To see around Toffia: 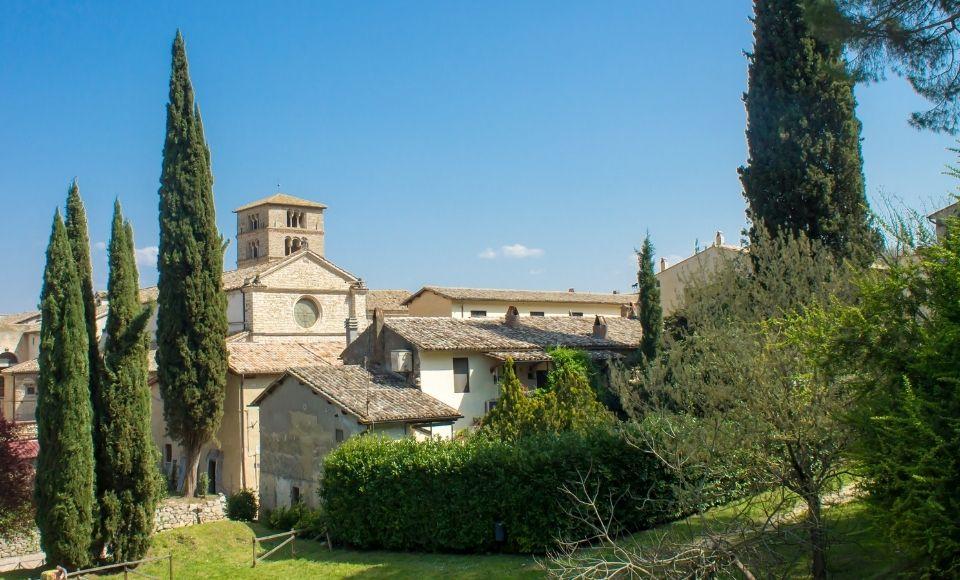 A pretty little apartment for 2 or 3 people of  900 square feet, including a small kitchenette and a pretty garden in the center of Toffia, for approx. €65 a night including Italian breakfast (caffè and a sweet roll).

Looking for a home to buy or rent in the Sabine Hills or wonderful Rieti? Just Ask me (contact info below) or check out the listings with my realtor, Immobiliare CentroItalia - ask for Damiano! https://www.centrim.eu