Basilicata, with its capital city of Potenza,  has a population somewhat over half a million people dispersed across an area slightly smaller than the state of Connecticut. The region is little-known in Italy, but is becoming slowly more popular among tourists, particularly those interested in discovering its vast natural beauty. When I first visited there and laid eyes on its stunning peaks, valleys, and broad hills before me, I was inspired to write about it.

One of the prized places to visit in the region is the magnificent national park, the Parco Nazionale dell'Appennino Lucano Val d'Agri - Lagonegrese, which doesn't disappoint. But its natural reserves also hide a deep, dark secret: natural oil and gas reserves, too, which have remained out of reach of the local populace, until now. 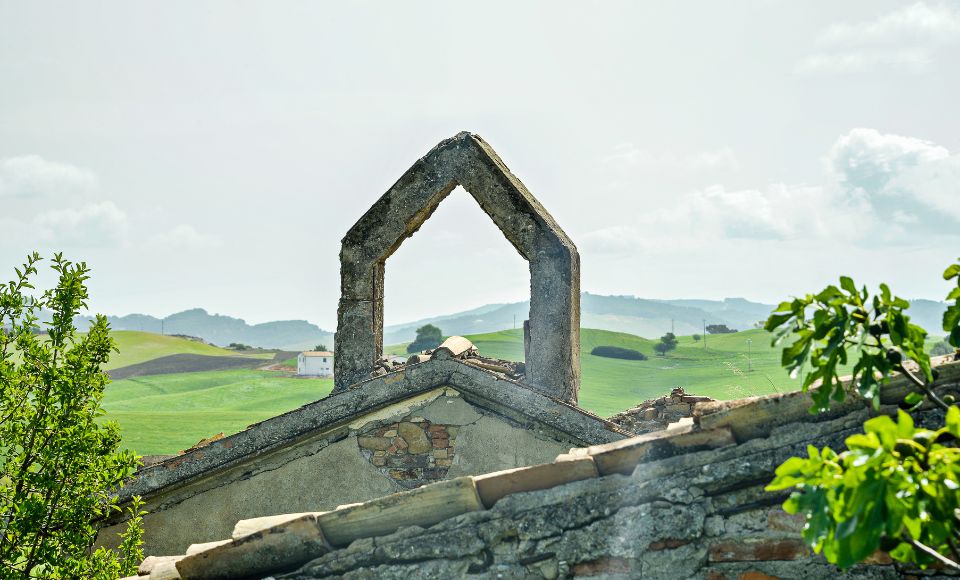 The sparsely populated region is made up of forests and mountains, dotted with a few medieval settlements. The most famous of these, is of course, the jewel of a town, Matera. Matera, recently honored as a European City of Culture (2019), once desperately poor, is known for its extraordinary Sassi (Rocks) district, a hillside complex choc-a-bloc filled with cave houses thousands of years old, and now mostly given up to charming B&Bs and exceptional eateries inside.

Matera may be land-locked, but Basilicata also holds two rich coastlines, one on the Tyrrhenian Sea, creeping up to the stunning scenery of the resort town, Maratea, nestled between Campania and Calabria, and a larger coast along the Ionian Sea, beloved for its many campsites and holiday villages. 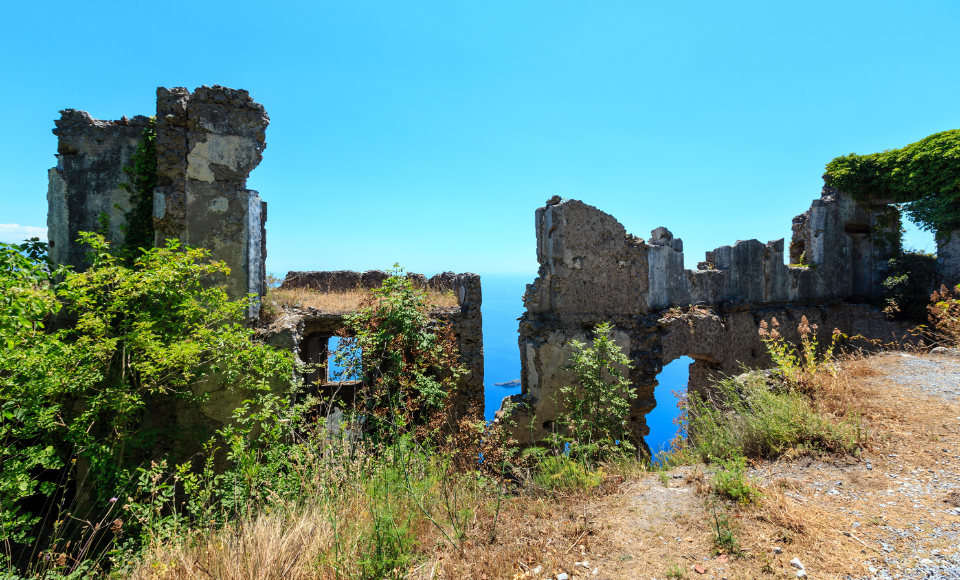 Further south, another important regional park is that surrounding Gallipoli. The region also shares a boundary with the beautiful Cilento natural park of nearby Campania.

But despite its glorious places to visit, the region could still benefit from infrastructure improvements, which could help it become truly a  tourism destination. But, the source of its natural beauty has also been the source of some of its pain. 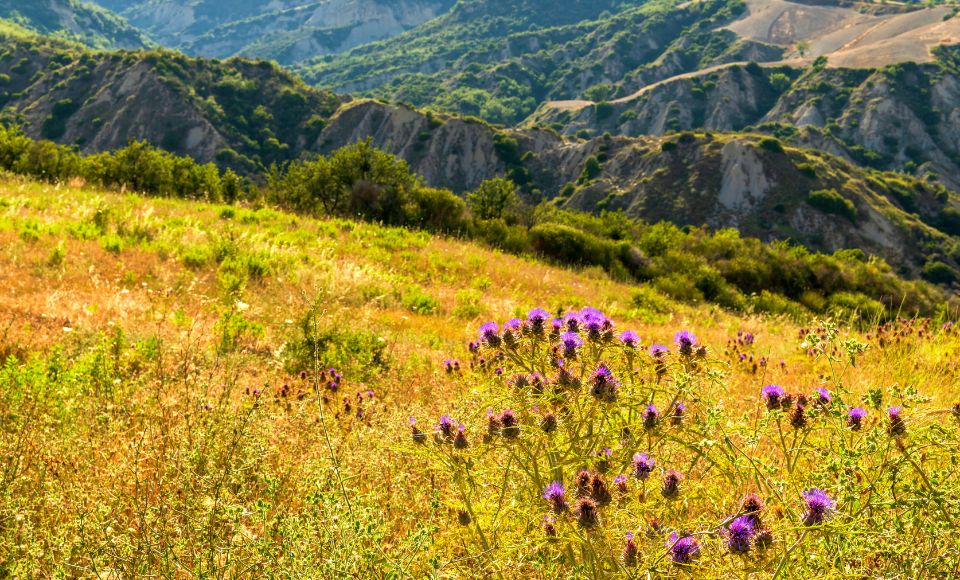 But recently, as a result of their perhaps dodgy business practices, the ENI and Shell petroleum companies have offered an unusual inflation-busting program to local residents – offering them free gas for their homes. 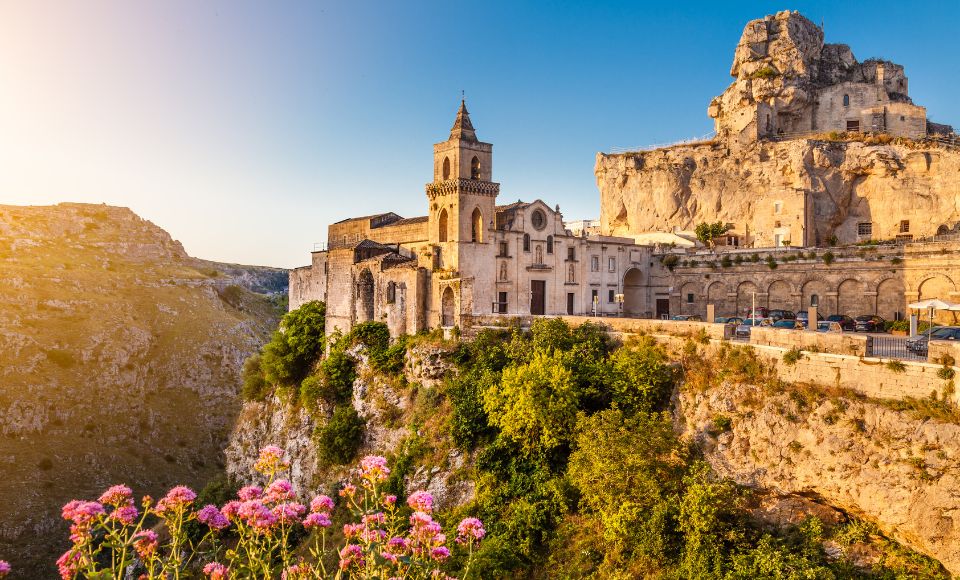 I thought of Basilicata as a tourist's Sleeping Beauty, just waiting to be awakened. Alas, although the promise of Matera has added much, the tourist fervor has not trickled down elsewhere. In my opinion, it may have made more sense to invest in the interior, and provide aid to the general populace. Perhaps the gas break is a start. Nonetheless, I believe Matera is destined to become the number one tourist dsestination in southern Italy.

Between the two principle cities, over half a million people call it home, the vast majority of whom are low-income farmers. Matera is the more advanced of the two, due to its university and advanced tourism industry, while bureaucrats make their headquarters in Potenza. 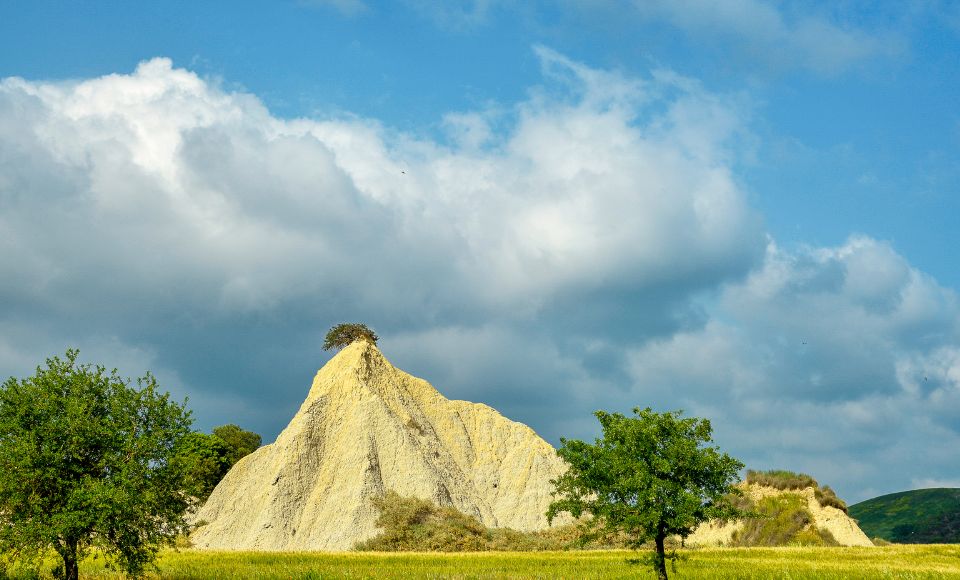 As one of the poorest regions of Italy, Basilicata could seriously benefit from a cash infusion. Instead, ENI and Shell essentially paid out very low rent for the land in exchange for drilling rights, and this has remained the case for the past 20-odd years. Basilicata indeed is flush with gas, but the average person hasn't benefited much from it – in fact, quite the contrary. 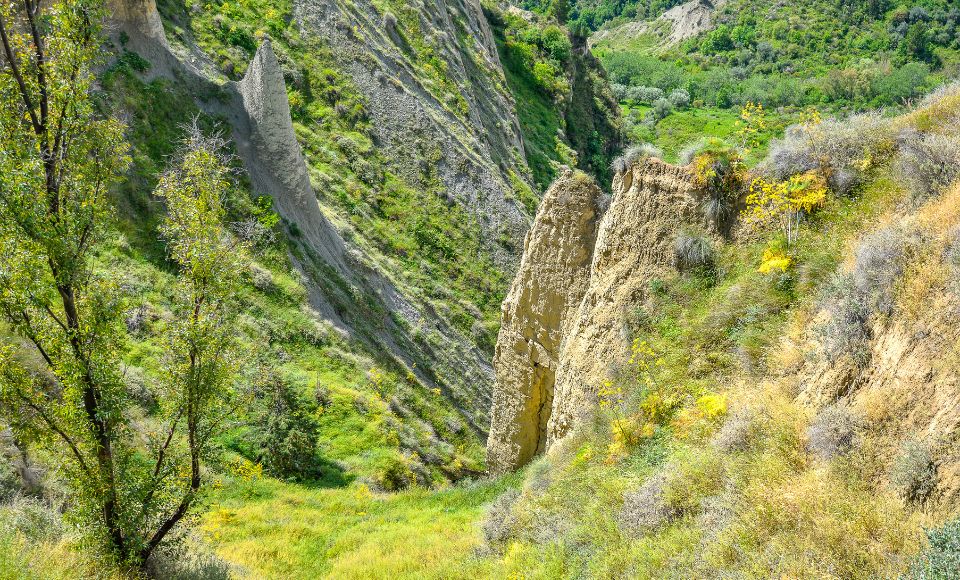 no one knows where the pipeline is

ENI, an Italian energy conglomerate, was keen to take part in the economic miracle that the discovery of so much gas in Basilicata held out for the Mezzogiorno or southern Italy. Walter Rizzi, a firm spokesperson, stated back in 1991 that the excellent quality of the oil meant that processing costs would be minimal. Soon after teaming up with Shell, oil production in Basilicata jumped to more than 60 percent of Italy's total consumption. The fields accounted for over 47% of ENI's total Italian output in 2019.

Indeed, crude oil collected from twenty-four wells in the area is first sent over to the Centro Olio Val d'Agri (COVA) in Basilicata'a Viggiano for first processing. 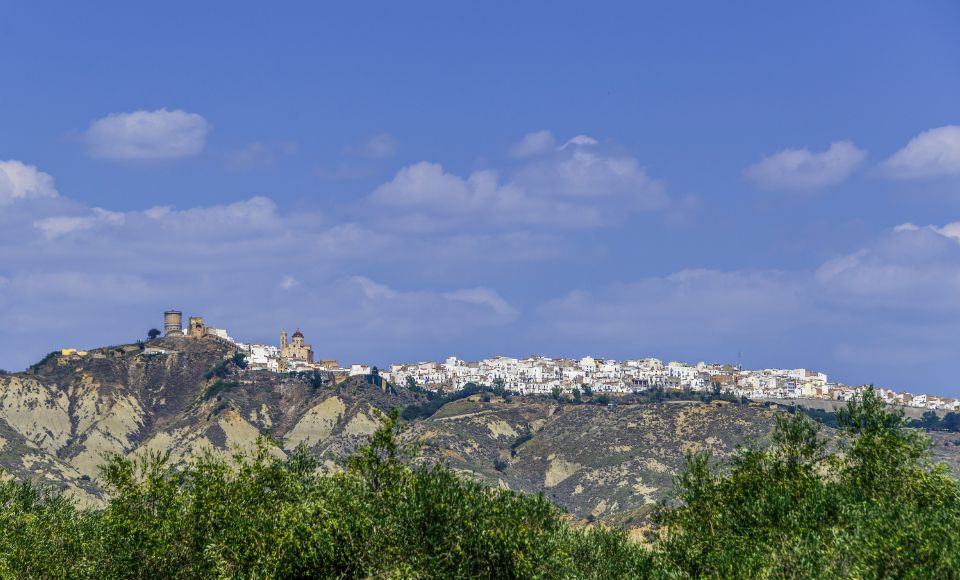 As of 1996, roughly 10% of the revenue from the gas fields has been found to go to the region of Basilicata. However, according to a recent study published in Science Direct, "the analysis shows that the development of oil exploitation has not produced any noticeable improvement in employment, nor in a range of social indicators, nor in educational attainment. The lack of measurable beneficial effects is furthermore accompanied by negative effects on other dimensions surrounding development which are more difficult to estimate—especially on the environment and public health." 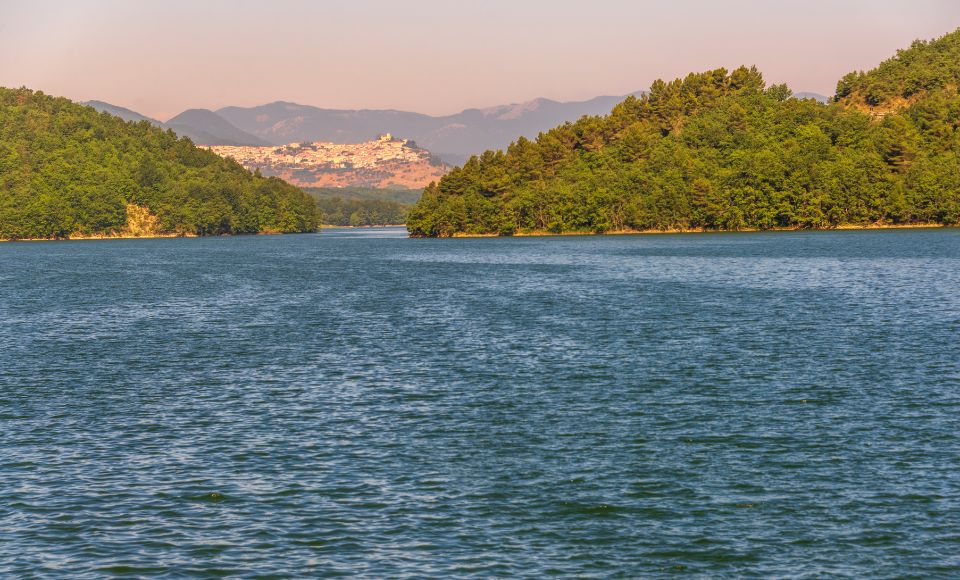 Pipelines were installed by ENI traveling to various sites, including the coast and Puglia's Taranto, but no one knows where they actually are located, nor if they constitute a threat to people and the planet. Hydrogen sulphide (H2S) contamination from oil refining was reported as early as 2008 in both national (Corriere della Sera) and regional (Il Resto) newspapers. On February 3, 2017, ENI reported that a leak from a crude oil tank at the plant had caused liquid containing hydrocarbons to be discovered at a depth of 6 metres in the Val d'Agri oil centre (COVA). Simultaneously, at the manmade lake of Pertusillo, a "plume" of strange dark liquid, resembling mineral oil, was observed. 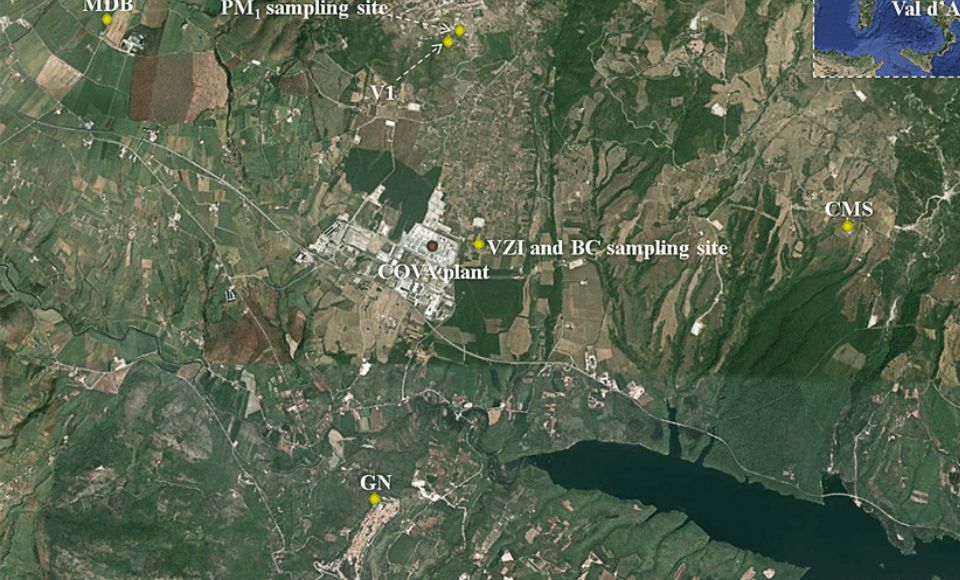 Residents to have free gas after lawsuit

Claims that ENI and its leadership caused environmental damage by re-injecting wastewater from the refining process were brought against the company in a lawsuit. The Italian government, the region of Basilicata, and the municipalities near the Val d'Agri oil fields, together with environmental groups Legambiente, WWF Italy, and WWF Potenza, were all named as complainants in the case.

The Pertusillo reservoir, which provides the regions of Basilicata, Puglia, and partly Campania with drinking water, was contaminated last year.  Here, ENI was ultimately found for extensive carelessness in discharging pumped water. Nonetheless, although many locals were employed by the refinery in Val d'Agri, many were hesitant to testify given their livelihoods depended upon the verdict. And although a year has passed since the verdict was handed down, there has been no substantive change in the behaviour of the oil companies, besides the payout to the inhabitants and the regional government. 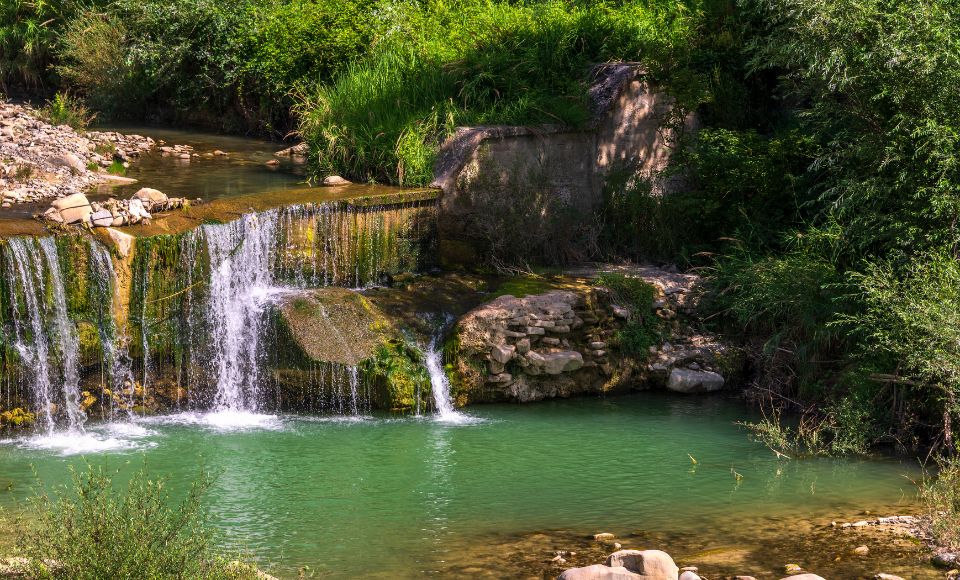 After lengthy negotiations, ENI-Shell finally agreed to pay compensation, but whether or not the inhabitants should be satisfied with it is unclear. It could be seen as a payoff; in short, hush money in exchange for peace and quiet. And although residents across the region will be better off than most Italians as they benefit from free gas (while the rest of Italy sees their gas bills double), the free offer will do little to improve their health or the natural landscape of this stunning region of Italy.